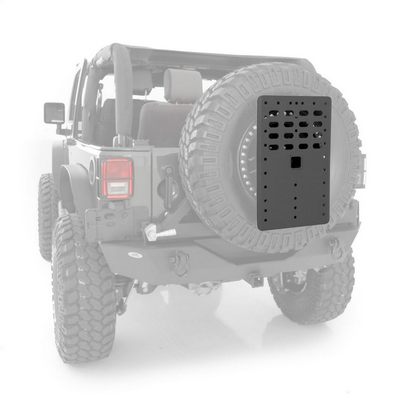 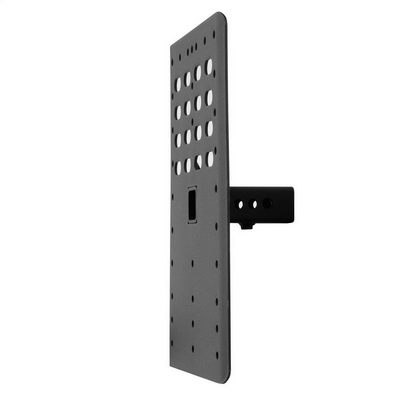 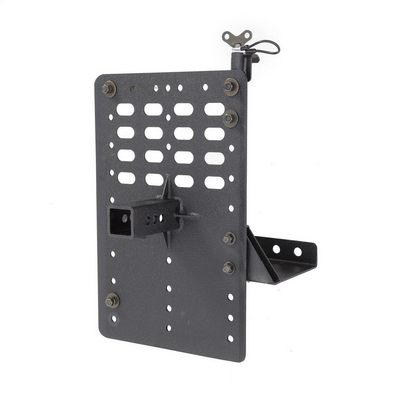 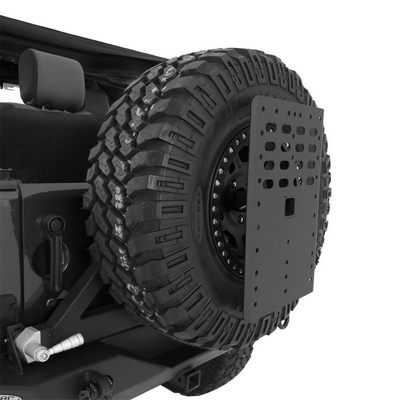 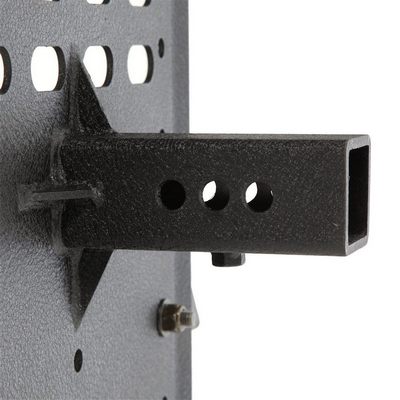 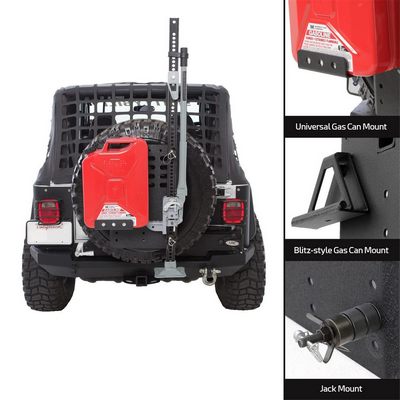 The all new Intelligent Rack is one of the smartest products introduced to the trail. This system gives you a solid platform to mount just about anything you can think of to the back of your Jeep. The I-Rack comes with custom mounts for a Gerry Can and Trail or High Lift jack. The multi attachment points allow you the opportunity to run military bags, axes, picks and shovels or whatever else is needed for the trail at the time. This is truly one of the smartest racks on the trail today! Works with any aftermarket tire carrier.

great rack but the wing nut bolts suck, you can never get them tight enough. i replaced the wing nuts with proper bolts with lock washers and it works great now, does not loosen after all day wheeling and easer to use now.

Doesn't work with stock rubicon rims, so I had to send it back. sucks. But it was made with good thick metal .

The Irack allows me to have 1 Jerry Can, High life Jack, Ax, and Shovel. I sometimes change the irack to mount 2 Jerry cans and others things that you might want to carry. Many members on the offroad club that I received jioned are planning to buy the irack to.

Works as advertised. It's heavy (especially when fully loaded) and I'd only recommend it on a true tire carrier. After a couple uses, it developed some rust spots in the jerry can mount. One of the wingnuts worked itself out (didn't threadlock it) after less than a hundred miles. Just replaced it with a standard bolt. Also, a bit of rubber padding between the mount and receiver helped to alleviate the some of the noises and vibration/shaking.

This product works very well. The newer iRack has two wing nuts that secure it to the spare tire mount. The instructions should include "use the blue thread locker to hold in place." This item was originally desinged to be used with a 3/8 inch trailer pin. Too many so called "jeepers" that like to take there rides to the mall complained "it's too noisy". My advise to them, sell your Jeep and get an SUV. This is not an item that only looks cool, it is very useful at 11,000 feet on a real trail. Don't change it for them yuppies. Bring back the pin!

This product is made out of heavy grade metal and came with all of the parts to install AND the parts to install a highlift jack and gas can which should be bought to complete the look of this accessory. After I put my jack and gas can on only compliments followed by fellow jeepers. Great product, will change the look of any plain rear end of any jeep!

LOOKS GREAT ON MY 78 CJ7 W/ GAS TANK AND TOW STRAP AND JACK. CAUTION ON ROUGH BUMPY TRAIL MAY CAUSE EXSESSIVE STRESS ON FACTORY TIRE RACK AND BACK OF JEEP. SHOULD BE FINE ON TJ,YJ, OR ANY BUMPER MOUNT AFTERMARKET HIGH DOLLAR SPARE TIRE RACK... 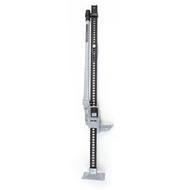 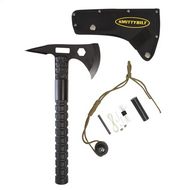 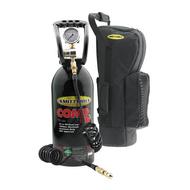 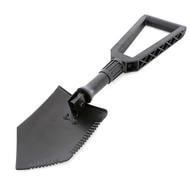 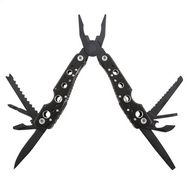 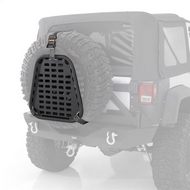 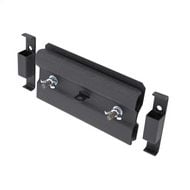 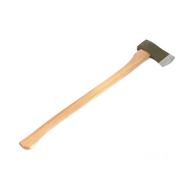 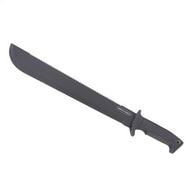 A: If the stock wheel has a 2.5 inch plus center bore.

Q: Will the I-Rack work on my 2001 TJ Wrangler? Jon Olympia,WA Answer this question

A: Sir, it will fit the TJ. Thank you for your question.

Q: Can I mount both the Hi-lift jack and Jerry and also a shvel or an axe? Do I have to buy extra products? to do so? Answer this question

A: It will fit a can and jack. if you take off the can you can mount an axe but I don't think there is enough attachment room for all those accessories at one time.

Q: will the I rack work with the factory swing out tire carrier on my 86 cj7. Answer this question

A: Hello Jeff, The Smittybilt I-Rack Intelligent Rack will work with your factory swing out tire carrier on the 86 CJ7.

Q: Does this I-Rack System come with the mounts for the HiJack and the Jerry Can or do I need to purchase them separately for $39.99 on your web site? Answer this question

A: The Smittybilt I-Rack Intelligent Rack includes the mounts for the hilift and the jerry can so no other parts are needed. Hope this helps!

Q: Would the I-rack along with a gas can and a jack be too much weight for an after market tire carrier. I am running the smittybilt SRC bumper on my jeep yj with a 33" spare. I know the tire itself is already a good amount of weight, so I'm wondering if this could jeopardize the bumper by adding the extra weight of the rack and accessories. Im just being cautious. Does anyone know exact specs as to how much weight the bumper can take or if i should be worrying at all? Thanks! Answer this question

Q: Will this product work on my 2012 Jeep JK Sport, with a stock tire carrier, but with large aftermarket wheels? Answer this question

A: Hello Mike, The Smittybilt I-Rack Intelligent Rack will on your 2012 Jeep JK

Q: Can you mount 2 Jerry cans on the I-Rack? Answer this question

A: Hello Danny, Thank you for the question. No, the I-Rack will only allow 1 jerry can.