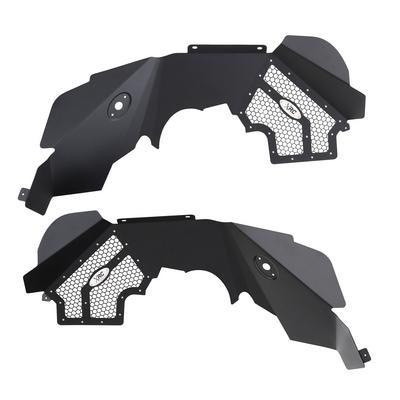 Smittybilt’s new JK Fender Liners bring form and function to the next level. These corrosion-resistant aluminum liners hug the inside of your fenders and protect your engine bay from debris and contamination. The easy-to-install design features quiet, anti-rattling operation, rock light provisions and hexagonal vents that allow airflow to reduce under-hood temps. The powder coated black mesh panels top off the sleek appearance that will set your JK apart from the rest. 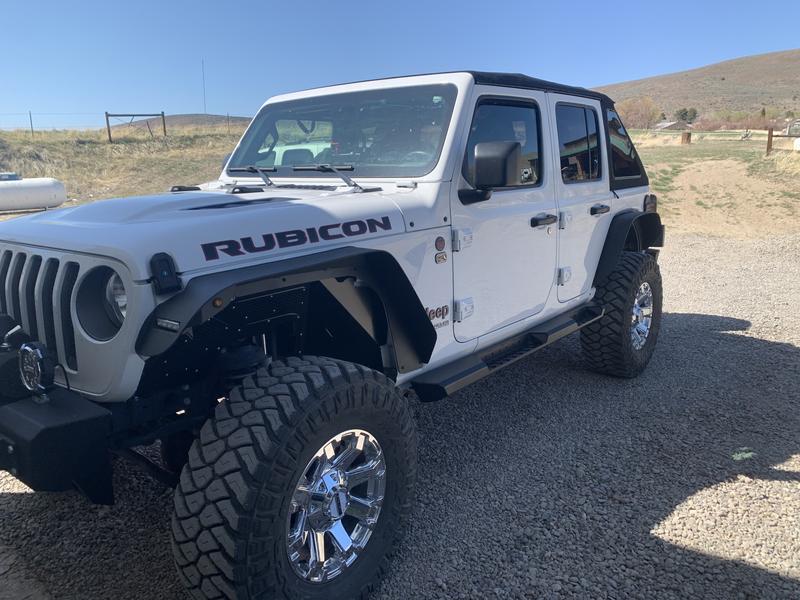 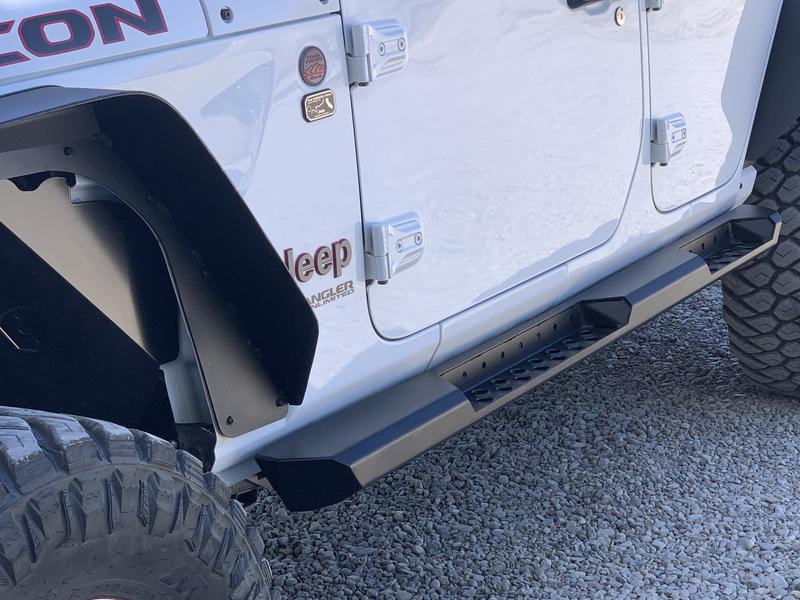 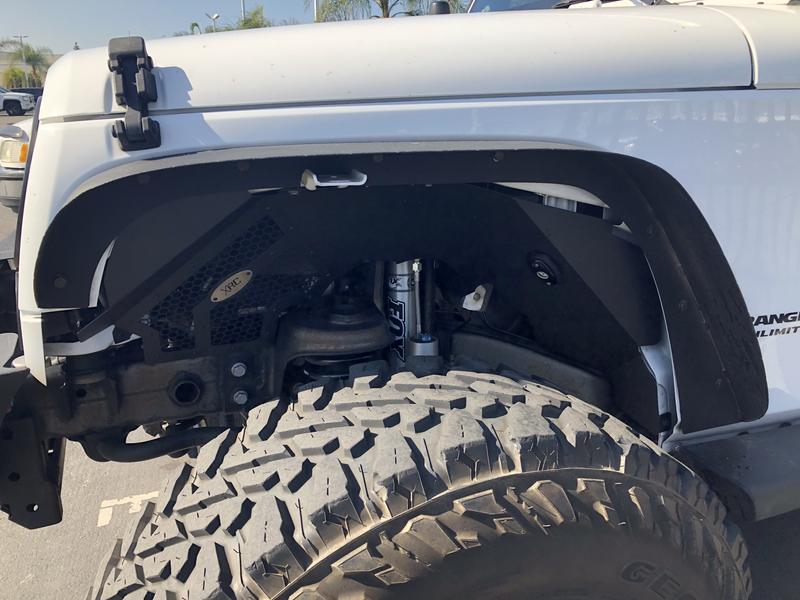 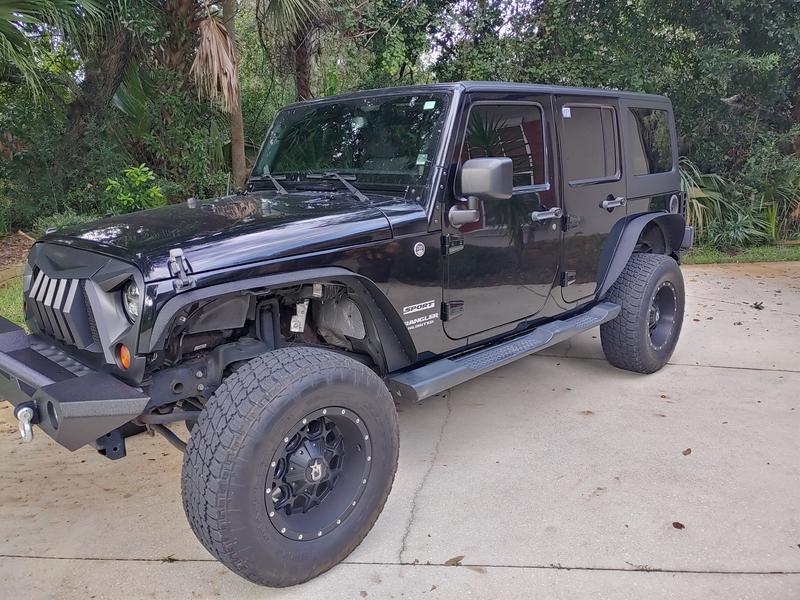 They are ok could be better fit , doesn’t cover all the areas needed, had to paint inner areas of the Jeep to make them look better , all in all I would not buy them again

They are ok could be better fit , doesn’t cover all the areas needed, had to paint inner areas of the Jeep to make them look better , all in all I would not buy them again

Didn’t really want to spend another $250 on these but reusing the stock fenders just wasn’t cutting it in both looks and function. So reluctantly I ordered these figuring the end result be worth in despite the extra expense since I loved how my front ones look. Directions were decent, assembly was a little tedious but not bad, was ready to get them on. The passengers side took a little finagling but went into place, fitment was good and I was happy with the look and excited to get the drivers done. That’s where the excitement ended. The holes would not line up no matter how I tried to reposition the liner. Oh, speaking of holes, there were only 3 drilled in that liner and there should be 4 like there were on the passengers side. I noticed that it would not seat because it was hitting the fuel fill tube and there was no way to maneuver around it because of electrical connections that are also right there. Since I already had the other side on and didn’t really have much of a choice, I wound up having to bend and shape that section in order to make it work which made the paint crack. Not sure if they gave me a drivers side for a JK instead of a JL or what but I’d expect more for what they charge for these things. Aside from that, I’m happy with the look since they match the fronts.

Love the look and the extra protection. Directions were pretty good, assembly was a little tedious but other than that not bad. Definitely glad I bought titanium drill bits, made drilling the frame a piece of cake. Also used my impact driver to drive the self tapping screws into the frame. Fitment was pretty perfect, they seem like they’ll do what they’re supposed to do. Only thing keeping it from 5 stars is they’re a little pricey for 4 pieces of aluminum

The fenders are great but the install wasn't. Holes didnt line up without some brute force persuasion and the driver side rear fenders rubbed pretty hard against a plastic fuel line piece. We had to bend that pretty hard to keep it from damaging that plastic hose. But after lots of swearing, they do look really nice. Dunno if i would go with this product again just simply for the difficulty of installation.

Pretty easy install. Looks good. I like that it was ready for the rock lights I have.

This DOES NOT fit a JT Gladiator!! After attempting to install it I confirmed it with Smittybilt too.