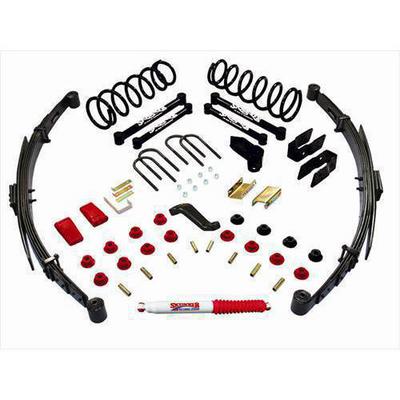 Skyjacker produces everything your rig needs to find its way through the toughest terrain. Skyjacker suspension systems and components are engineered by real off-road enthusiasts and extensively field tested to ensure that every shock, spring, and complete lift kit it produces is Rock Ready; designed to take you wherever you want to go! Whether you’re giving your suspension a slight altitude adjustment or complete off-road overhaul, Skyjacker will take your truck to new heights with the increased ground clearance you’re after without sacrificing safety, control, or everyday drivability 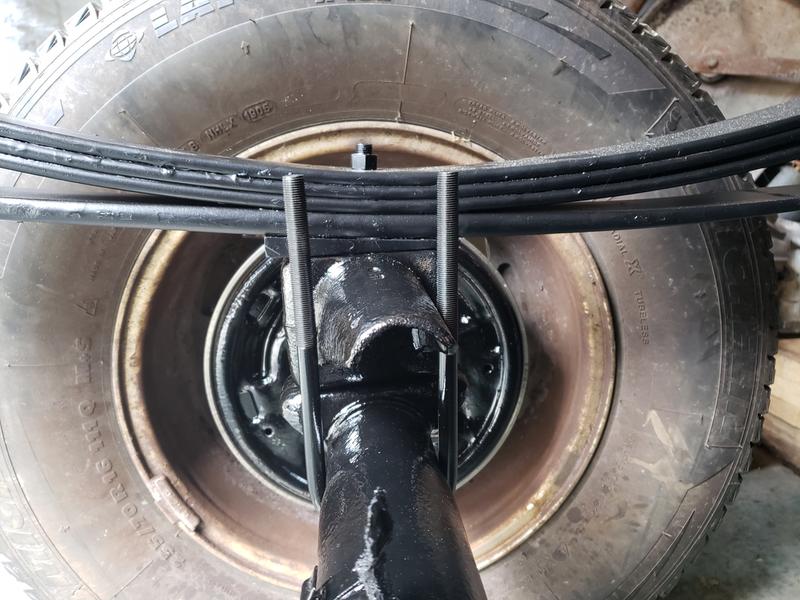 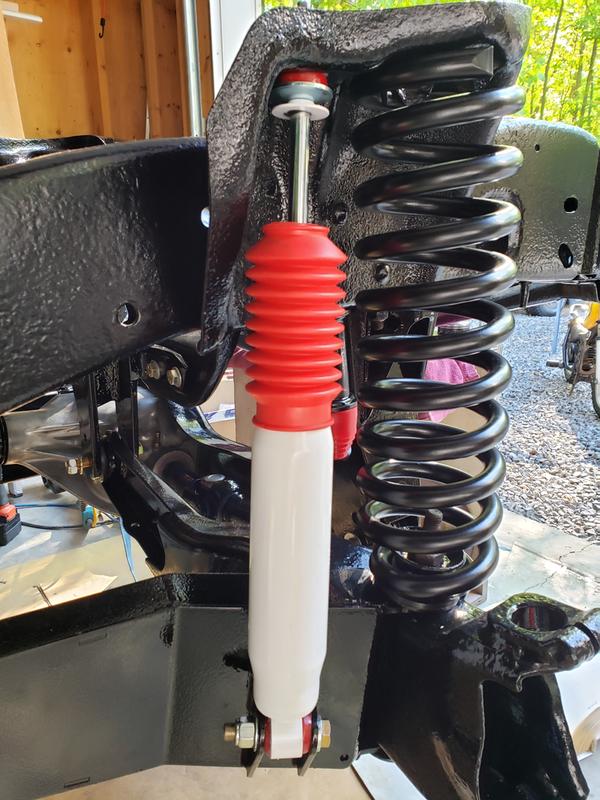 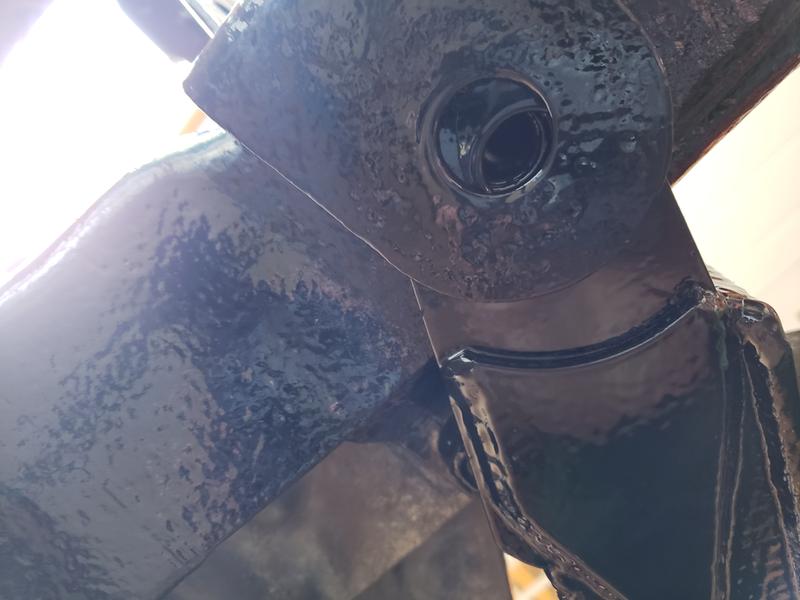 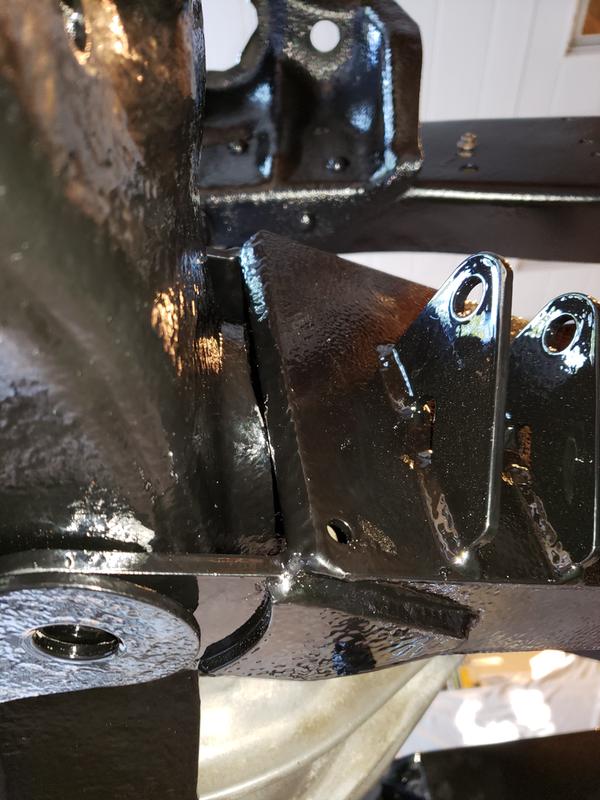 Ordered and received in a timely manner. Shipping box looked as though it feel of the back of a truck, all but one of the shock boxes were ripped open and no instructions included. Not a big deal there as they are easily found online. But, the instructions make the job sound easy and it is not. Instructions stat to remove sway bar links, pitman arm and drag link. Then the springs are removed and replaced with the lifted springs. I had to remove all four lateral arms in order to get the diff. to drop far enough to install springs and even then it was a struggle and i should state this was done in my shop on a lift. Can't imagine doing this in my driveway. Pretty much the same for the rear but, not as bad. Only had to remove 2 of the lateral arms. But, the worst part is that i had to purchase both front and rear adjustable drag links to get the drive lines straight. this should be included or or least mentioned upon purchase of lift kit. But, after all the headaches my jeep sits at the perfect height for the look i was going for.

Bought for my 96 f250, the kit did not include pitman drop bars even though it said it did, another minor thing is I was two nuts short for the U bolts

The lift did actually lift the 4" as advertised but the kit was very incomplete. The axle bolts for the passenger side front were too long so new ones had to be sourced as well as new U-Bolts for the front. The rear add-a leafs were too long and 1.75" had to be cut off to fit in the leaf pack. They also don't fit the curve of the other rear leafs so the leafs clamps wont go on. I will probably buy whole new leaf packs for the rear so its done right. Also to note that the kit mentions it comes with a pitman arm which it didn't so I had to buy that after the fact. 4wp was no help in any of these matters as they never responded to the online customer service requests and when I tried to call it stated 62 people were in front of me.

Pretty disappointed with this kit. Issues encountered: -The black paint flakes off pretty easily. -the kit came with one shock that looked like the box had been opened and then taped shut, and turned out a bushing was missing. -Front shock boots provided seem to be way too short. -Rear leaf spring u-bolts that came with kit were not long enough. Had to get some new bolts fabricated. -One of the rear shocks was unable to be mounted since it comes in contract with the axle housing. I will have to make adjustments to the wedge shim on the leafs or weld new brackets on the axle housing at a better angle. -Major issue was the driver's side radius arm would not clear the front differential / i-beam. I cut as much metal from the i-beam as I could without getting into the aluminum diff service hinge; the arm sill won't clear it. Even with these modifications, the radius arm clearance needs to be at least 1/2" deeper to allow for it to bolt up properly. I had multiple back and forth contact with 4WP over 9 months to try to resolve this issue, basically calling them every week for updates, but kept getting the same response that Skyjackers was ignoring their requests, constantly coming up with excuses for why their technical guy wasn’t available, etc. I’m quite fed up and can’t believe it would take this long to get actual help from Skyjackers. Had this been a truck I needed for work, I would have been quite screwed. And they don’t even have a toll free number to call from Canada, just a Louisiana number! The positives: -4WP did provide me a new bushing to replace the missing one. -4WP also reimbursed me for the u-bolts I had to get fabricated. 4WP seemed to genuinely want to try to help me solve the issue with the radius arm but Skyjackers was giving them the run around, not returning their calls or emails, and even making claims that they had never heard of this issue other than on Rangers that were in accidents. Just look at Ranger forums online and you’ll see that this issue is more common than they think and it could have easily been solved if they provided that extra 1/2” clearance. I will definitely be staying away from Skyjackers for my future projects. So many things wrong with this kit for the price. 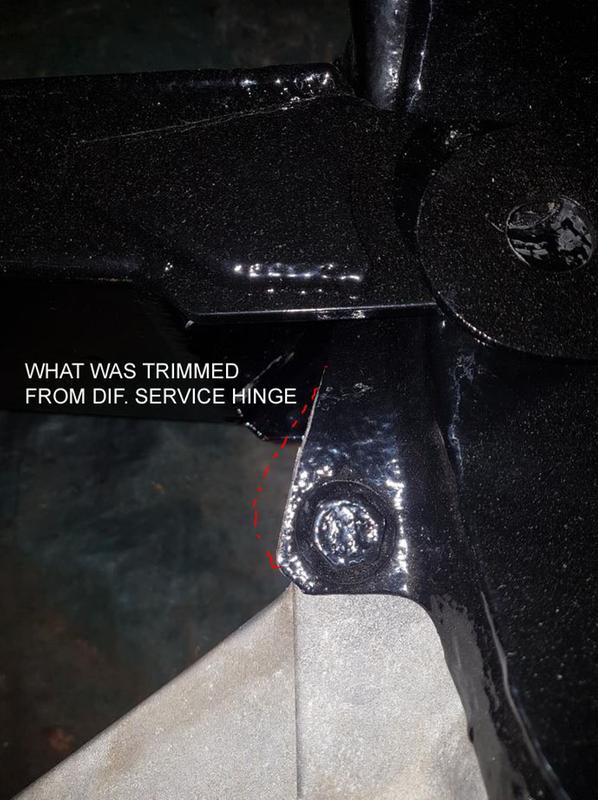 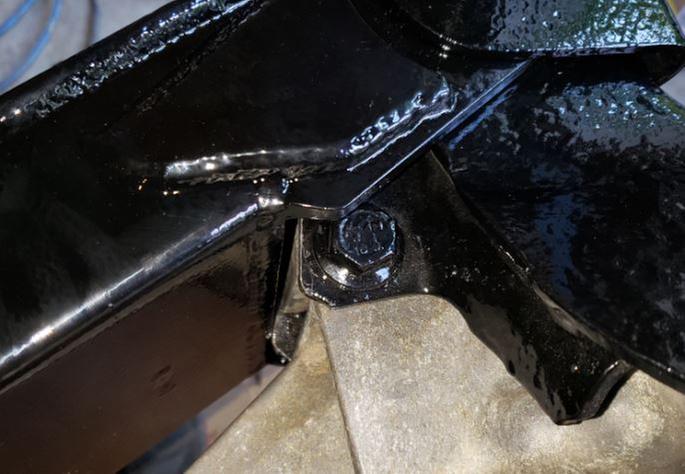 I purchased 2.5 in for 05 Jeep Liberty after installing entire lift kit, mechanic noticed one front shock leaking, spoke to sales rep from California, I had to pay $130 to get a new shock and never received rufund after I returned the factory defective shock to California distribution office. After mounting new BFG tires and replaced entire suspension system, the ride is very comfortable and great improvement on handling and off-road performance. Install was problem free. Just the additional out of pocket cost to remove/replace leaking front shock. Thank you

Quality product from a great company. Installation is simple, but know that the included instructions aren't amazing. Things like orientation of end links, directions of bolts (nut on inside/outside), etc aren't there. So if you tend to not pay attention, like me, you'll want to have vids/additional guides on hand. There are some great YT videos out there though that give some of those good tips and tricks. I didn't need to disconnect my drag link (after struggling to for 1+ hours to) or my driveshaft to install the front but YMMV. I also ended up needing an adjustable track bar and front geometry correction bracket (or adj lower control arms) after installing this and 35" tires on my '18 Sport S - Definitely not any negative indictment of the lift, but I do think it ended up lifting my Jeep a bit more than listed as I don't currently have any added weight on the front (like a bumper or skids). So keep that in mind as you plan your build. Ride after getting geometry squared away is better than stock, imo. Really, really pleased. Even adding the track bar and GCB, I feel like the value stands out. Definitely recommended.

When it comes to leveling kits, suspension kits and sport lifts, Skyjacker Suspensions delivers a vast selection of parts for Jeeps. We carry everything from the basics to the odds and ends that keep rides smooth and bouncing in check on or off the trail. Wrangler, Cherokee, Rubicon drivers and more depend on the heavy-duty construction that has become a Skyjacker staple to make wheeling on big tires safe and sound. Everyone needs adventures in their life and Skyjacker products like suspension and stabilizer kits, shocks and coil springs help make them possible. Shop Skyjacker Now