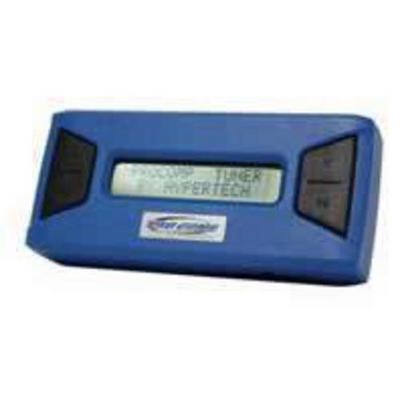 Are you installing larger tires and wheels on your vehicle? If so ProComp has the solution to your speedometer calibration issues!

Plug and play. Worked exactly like I needed it to for recalibrating for larger tires.

It is easy to use and it calibrated the Speedo just fine but it triggered an ABS light that won’t go away...

I'm running 35x12.5x18 Goodyear Duratracs on my 2013 Wrangler. Before getting this calibrator my speedo was reading about 4-5 mph higher than actual. I set it to 34.5" which is what Goodyear says is the tire diameter. The speedo was still off by 3-4 mph. I just kept reducing the tire diameter by .25 - .50" and would do a test run comparing my speedo to two different smart phone GPS apps. I finally settled on a tire size of 33.0" which yielded a spot on speedometer reading. The added benefit is that my Jeep now drives and shifts much better than it was. It had previously been bogging down at low speeds and would sometimes not want to shift up to next gear when running around 50 mph. This speedo calibrator fixed both problems and it drives like a dream. Probably the best hundred bucks I've spent on the Jeep! Thank you.