Our Protection Plan covers your investment above and beyond the manufacturer's coverage. For only 10% more, if your item is damaged, fails or malfunctions, we'll replace it for free! 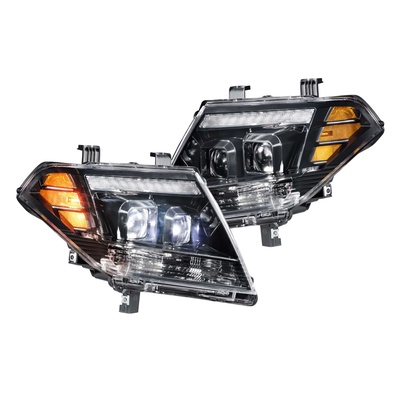 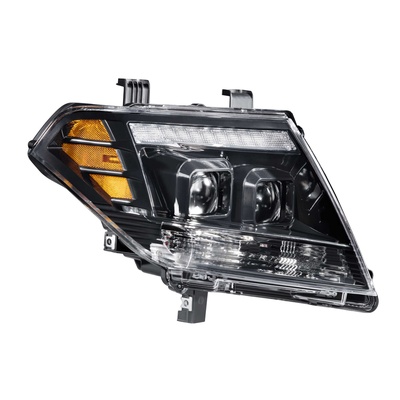 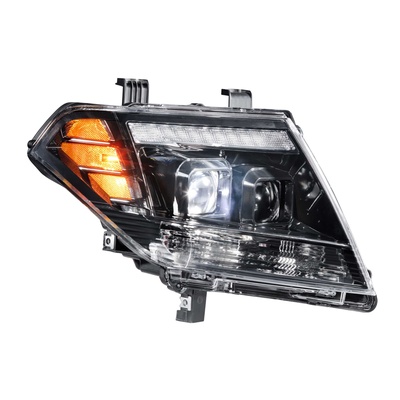 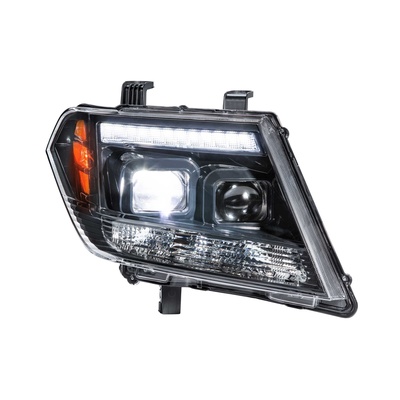 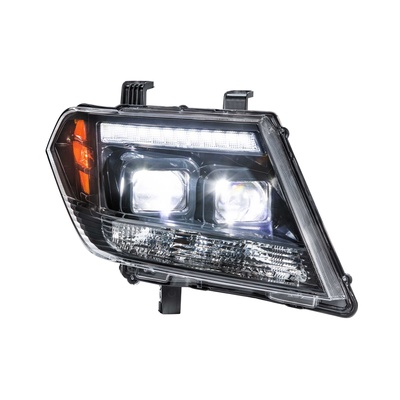 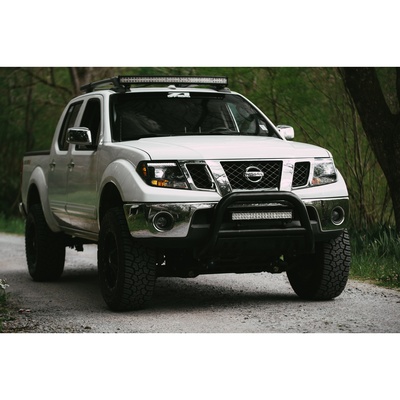 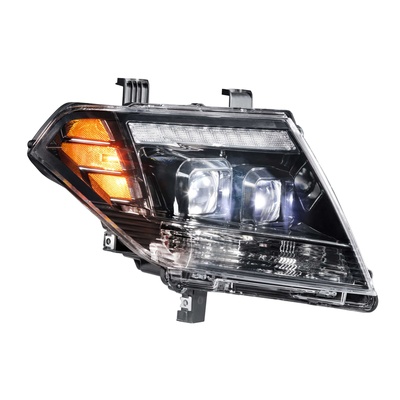 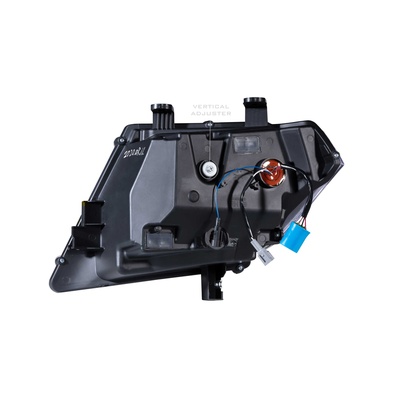 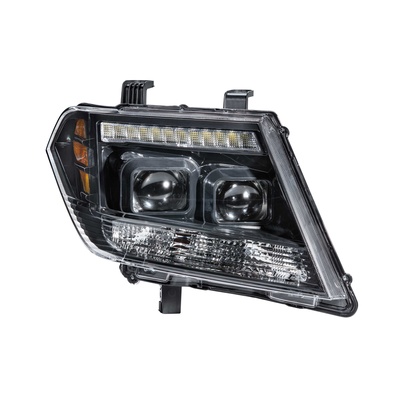 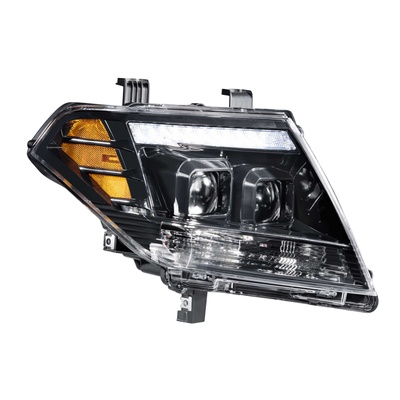 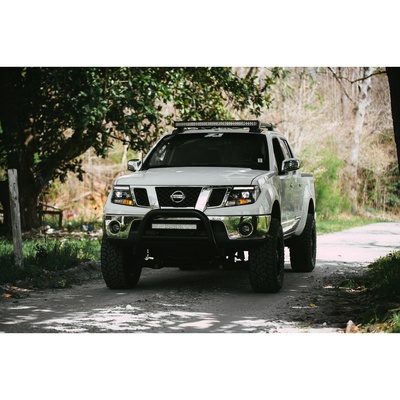 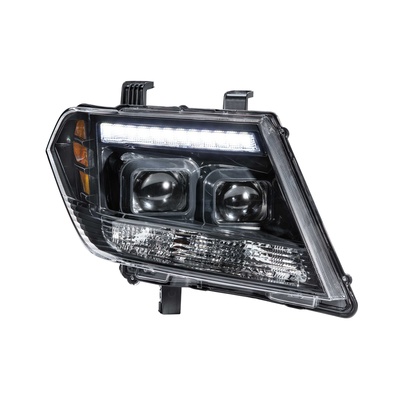 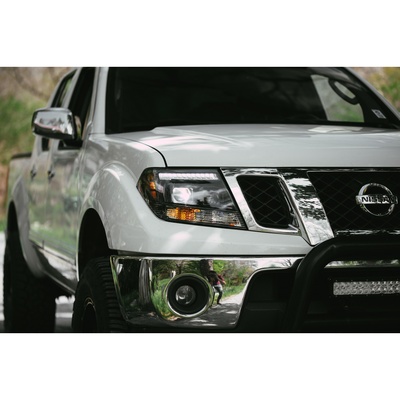 How to Get it

The Time has Come: How is it possible that the Nissan Frontier has been around in the same form since 2009 yet nobody has yet to produce a set of good looking, high quality headlights for the truck? Thankfully the team at Morimoto Lighting showed the Frontier Community some well-deserved love that comes in the form of full LED low beams, high beams, and an amazingly bright white LED Daytime running light! Bang for the Buck: The XB Hybrids share many of the same core components developed for the top of the line XB series from Morimoto, without some of the features that make them considerably more expensive. That said... these new Nissan Frontier LED headlights are hardly a compromise. True reflector optics for the DRL. Killer light output. Good Looks... all wrapped up inside of an OEM-grade housing and backed with a solid five-year warranty. Daytime Running Light: The Hybrid LED headlights from Morimoto do use the original incandescent bulb to power the turn signal, which is one of the primary reasons these are more affordable relative to other options in the XB Range-- but they still feature the amazingly bright LED Daytime Running light, which is powered by Osram 5000K LED chips, and is so bright that its easily visible during the day. No Competition: Now lets take a minute to compare the Frontier LED headlights from Morimoto with some of the other options out there. You've got the cheap ebay specials that look cheesy, are poorly built, and don't perform well. You've got projector retrofits for OEM headlights which pack a lot of bang for the buck but take time to build, and then you've got the XB Hybrids. For us, there are very few alternatives at this price point that can compare to the Morimoto's for your 2009-2020 Nissan Frontier. High Performance: When it comes to light output, these Frontier headlights wont disappoint at all. we know Frontier guys arent all about the bling, light output is important too-- and there is no lack of luminosity here. the Hybrids have a powerful, wide, and bright led low beam projector, and a dedicated led high beam projector too. their optics were specially developed just last year specifically for use the hybrid lineup to produce an amazing beam pattern despite the affordable price point. unlike other "headlight upgrades" that look decent, these look great, and will most definitely make driving in the dark a pleasure. bring on the night! DOT Approved: for the ladies and gents that care about street legality, their dual led projector optics meet & exceed all SAE, DOT, and FVMSS108 regulations. They come out of the box aimed to factory specs, and are also fully adjustable for those of you with lifted Frontiers. Plug and Play: When it comes to wiring, it doesn't get much easier than this. The Hybrid headlights are designed to work on your Nissan Frontier without any mods. They will plug into the factory 9007 three-pin connector for the stock headlights, and will work seamlessly without any issues at all. Since they re-use the stock halogen turn signal bulb, you don't have to worry about adding resistors or any of that nonsense to avoid hyper flashing either. You will however have to add one cable, which comes included, to power the DRL-- but that's plug n play with one of the slots in your fuse box. No big deal.

Morimoto lighting was established in 2008 to fill the gap in the aftermarket for truly high quality automotive lighting products. Without the budget of a major automaker to back R&D and production, individual consumers could either salvage original equipment components, or be forced to settle for inferior aftermarket parts. If you are an enthusiast, a fabricator, or a distributor and have found yourself unimpressed with the ‘dime-a-dozen’ HID kits and accessories from other manufactures, then we urge you to take a closer look at what we have to offer. Search the web for an alternative name in lighting that comes more widely recommended by end-users for performance, reliability, and the way it looks and if you can find it, then buy it. Morimoto is the automotive lighting benchmark.

This Product Fits the Following:

Sign up to receive text alerts about new product releases, exclusive access to sales, and much more!

By submitting, you agree to receive recurring autodialed marketing text msgs (e.g. cart reminders) to the mobile number used at opt-in from 4 Wheel Parts (4WP) on 21208. Consent is not a condition of purchase. Msg frequency may vary. Msg & data rates may apply. Reply HELP for help and STOP to cancel. See Terms and Conditions & Privacy Policy