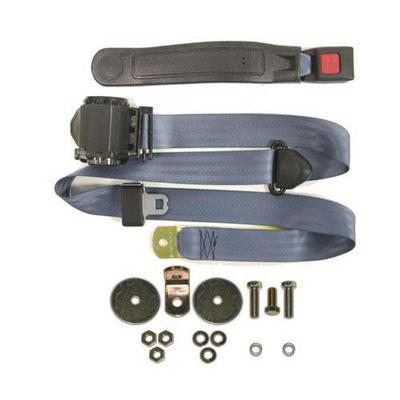 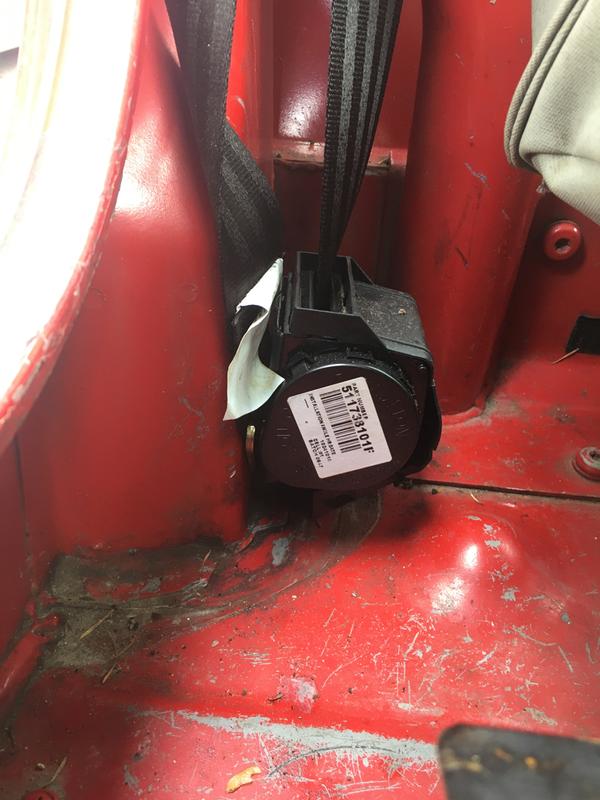 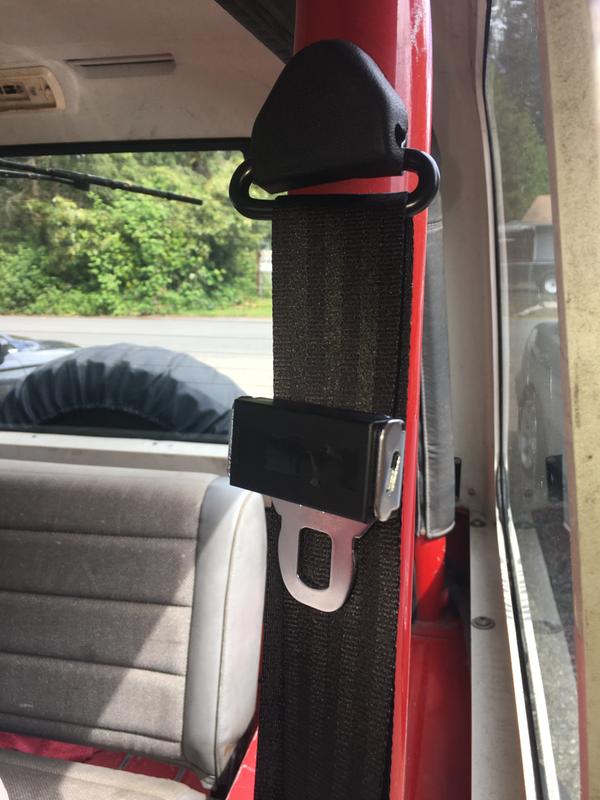 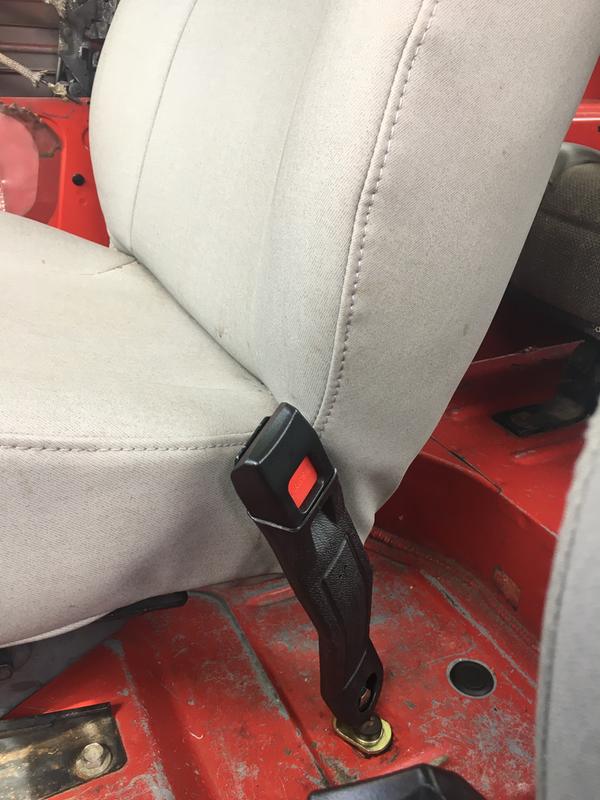 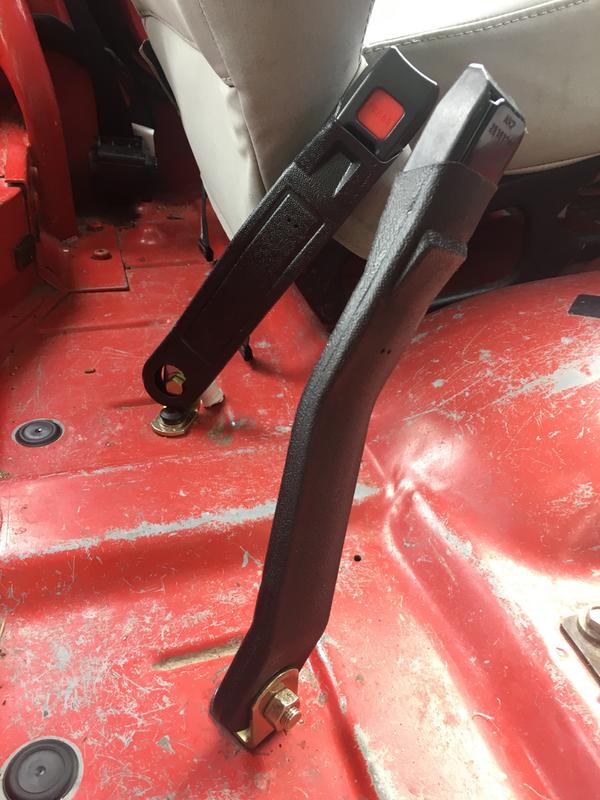 My original 1994 YJ drivers Seat belt was broken and would not release. I broke down and decided to replace both front belts so they would match. I was disappointed that my original seat belts hard plastic protective cover ( that holds the belt) would not fit over it, so the entire belt is completely exposed (not a clean look). Once installed, they were difficult to pull, they would lock up. It’s gotten better the more I use them. The female end of the latch sits easily 6” lower than my original, which is kinda annoying, because you have to pull more belt out and it’s awkward to latch it so low. I give it a 3-star because they work, and get the job done, but I wish they were an exact match in height and construction like my originals. They look unfinished without a cover. 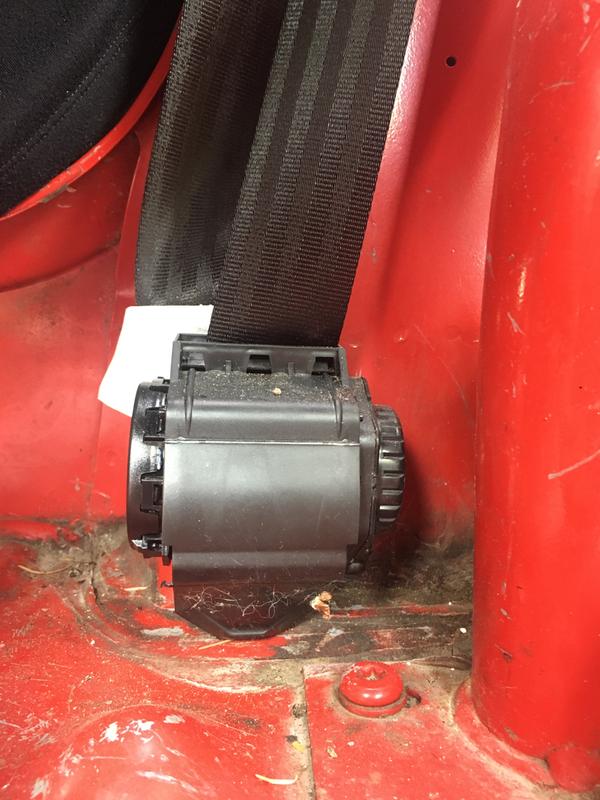 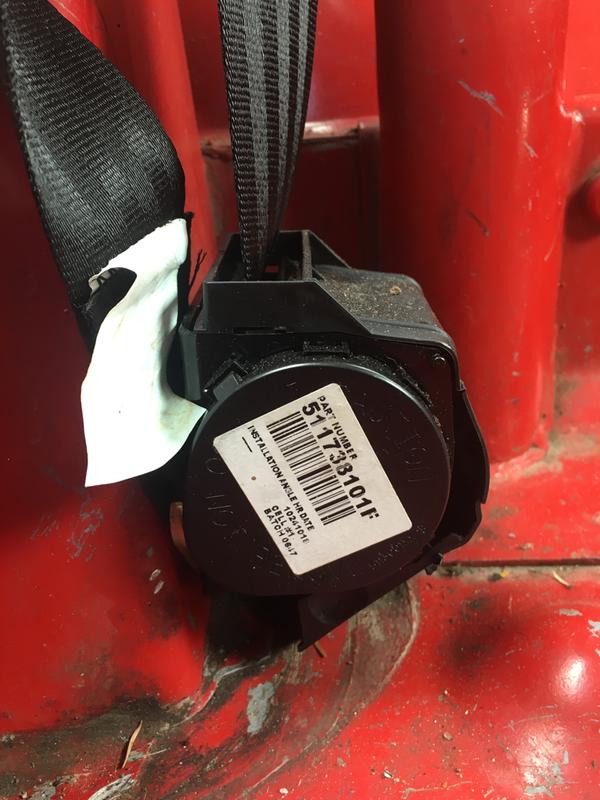 Good quality, easy install, but I'm glad I had the original hardware. I'm sure the supplied hardware would have worked but wouldn't have looked as clean.

Only problem I had was removing the old bolts. Had to use an impact wrench. As far as the install was concerned I had no problems whatsoever. The seatbelt came with all new hardware so I didn't need to use the old bolts. Fit perfectly !

Q: Does the product require the re-use of the latches or does it include new latches. The reason I need a replacement is because the latches are stuck. Answer this question

Q: Will this work on my 2000 Jeep Wrangler Sahara Answer this question

Q: Will this seat belt fit on both the driver and passenger side? Answer this question

A: Bbruton- Thanks for asking. The Beams Industries 3 Point Shoulder Harness Belt will fit both drivers and passenger side.

Beams Industries, maker of Beam's Seatbelts, began in 1953 in Oklahoma City, Oklahoma when Tom Beams started producing and installing car seat covers. It was not long after that when Mr. Beams got into the aftermarket seat belt scene. Now, Beams produces restraints for high intensity applications including amusement park rides and rocket ship restraints for NASA. So Beams definitely has the engineering expertise to produce Jeep seat belts that will hold you and your passengers in safely during any buggy race or rock crawling adventure you take on. Beams' Jeep seat belts come in a variety of styles to match your Jeep interior and your aftermarket Jeep seats and we offer a variety of options for jeepers.

Whether you rely on your Jeep to get you to work or to tackle a challenging trail, you must feel secure when you are behind the wheel. Old, damaged and worn seat belts can leave you feeling exposed. When you need to replace your rig's belts, 4WD.com is proud to be your go-to resource. Our inventory includes everything you need to feel secure in your Jeep.

Safety First
With distracted drivers and unpredictable weather conditions, there is no question that roadways can be hazardous. Off-road trails, meanwhile, can be as dangerous as they are thrilling. Accordingly, Beam's Industries Inc. commits to manufacturing top-quality replacement seat belts to keep you in place wherever you drive. When you order a set of Beams Industries belts from 4WD.com, you know you are putting over 60 years' of seatbelt design and manufacturing experience to work for you. Made from durable materials with strong construction, Beams seat belts give you and your passengers the protection needed to off-road with confidence.

The Right Look
Whenever you replace something on your Jeep, you can't only think about functionality. While it is important to make sure every component on your rig works optimally, looks matter too. Unfortunately, not every aftermarket replacement part looks like it belongs on a rig-ready Jeep. When you order from Beams, you don't have to worry your new seat belts might seem hokey. On the contrary, these belts have a beefy appearance, guaranteeing they look right in any rig.

Affordable Prices
Here at 4WD.com, we never ask you to pay a premium for Jeep parts and accessories. Instead, we proudly feature our 4WD Hardware Best Price Guarantee. With it, you shop with confidence, knowing we will match any better deal you happen to find on your order somewhere else. With our huge selection of seat belts, we are certain we have the right components for repairing or customizing your Jeep. Browse our inventory and place your order today.