Xterras of the Pacific Northwest

Off-Roading in a Nissan Xterra

When we think about off-roading vehicles, we're all too often drawn in by flagship names like the Jeep Wrangler and the Toyota 4Runner, but there are a great many more options below the surface. Here's one all-terrain SUV brand that's been undervalued for years: the Nissan Xterra. The full-length boxed ladder frame offers durability on the trail that few in the SUV class can compete with, attached to a very reasonable price tag.

This oft-overlooked 4x4 has a lot to offer off-roaders and adventurers. It's a vehicle you can take at face value in a world where it's difficult to take even something as simple as lunch at face value. 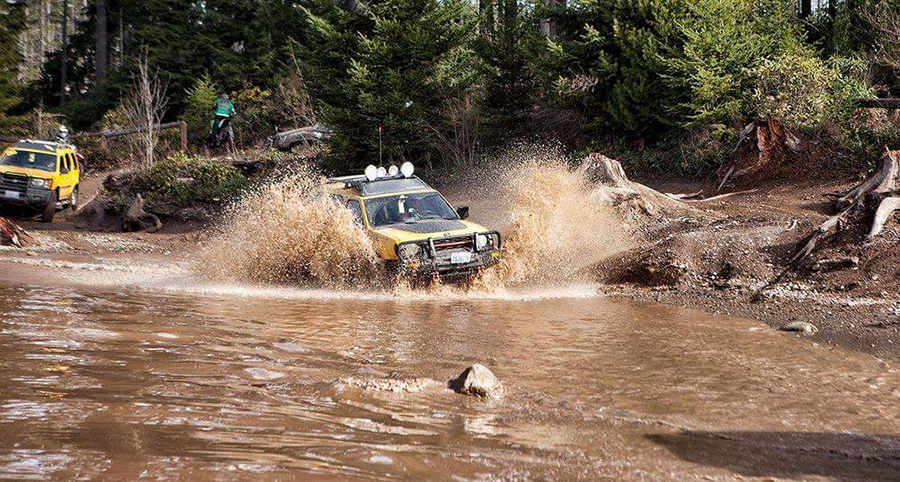 The Nissan Xterra was built from the start to be a capable off-roading vehicle, touting the line "Everything you need, nothing you don't." It's stuck true to that motto, providing outdoors enthusiasts a vehicle with exceptional off-road performance and none of the frills. The Xterra is unapologetically industrial, with a rugged and muscular appearance that leaves no room for nonsense.

"I'm a Jeep guy, have been since I started driving. I've had and wheeled the snot out of my Cherokee for ten years, but as it started getting old I decided to look for a new rig. I didn't come into my Xterra looking for a hardcore wheeler, but something I could drive across the state, go camping, get out in the woods and do it all comfortably. Overall I'm extremely happy with the Xterra and can't wait to really see where it takes me," says Ryan Mishler, a member of the Northwest Xterra Club. 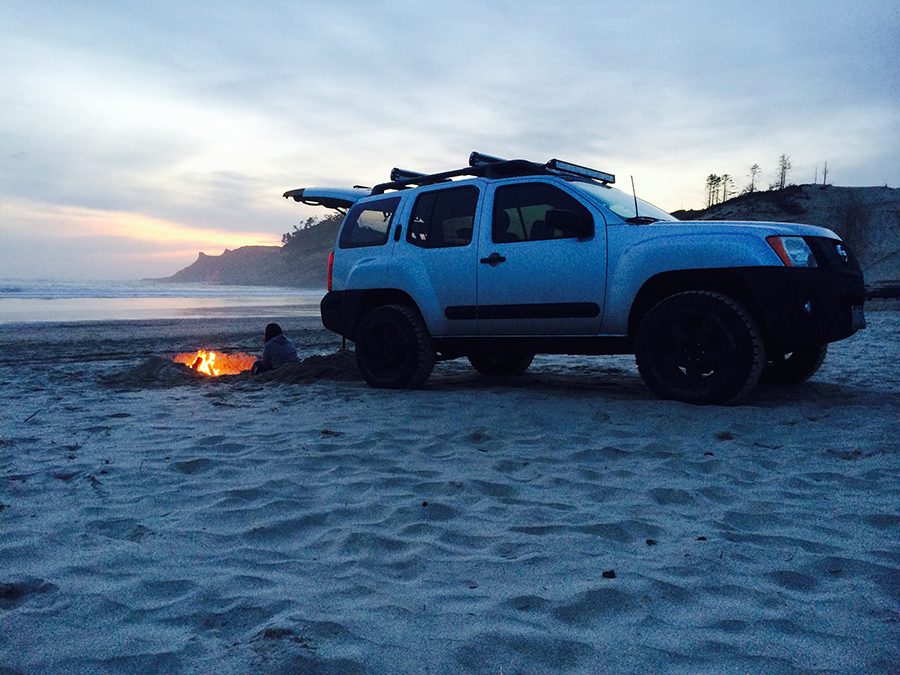 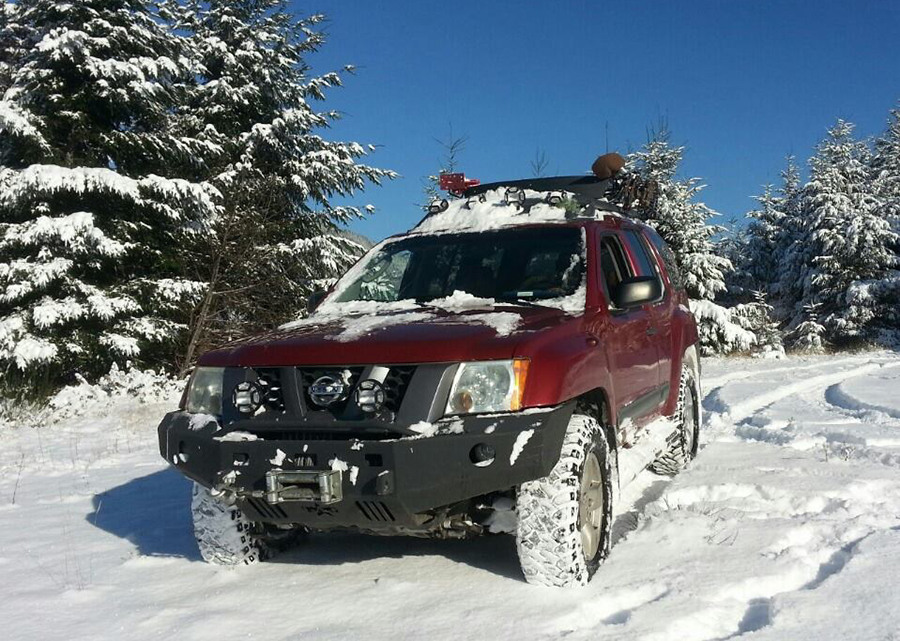 In fact, the Xterras are some of the only SUVs truly outfitted for off-roading straight off the line. As a stock vehicle, it's already fitted with what are normally considered aftermarket-only parts: a built-in lidded roof rack, off-road tires and a set of roof-mounted off-roading lights to start.

Other features you can expect of an Xterra straight from the lot are a heavy-duty off-road suspension with rear leaf springs, an electronic locking rear differential, Bilstein off-road performance shocks, skid plates, off-road wheels, a set of BF Goodrich mud and snow-rated all-terrain tires and a Utili-track built-in cargo storage system. It often gets flak for having a dull interior, but those hard plastics are there to make it easy to wipe down, which is extremely useful for drivers with an active lifestyle. On top of all that, the 2015 Xterra also provides 35 cubic feet of cargo space, 66 if you fold down the rear seats and a little additional wiggle room if you fold down the front passenger seat.

Another aspect of the Xterra that seems to get forgotten about in discussions of off-road capability is its towing capacity. With a 5,000 lb capacity, the 2015 Xterra beats out anything on Jeep's 2015 lineup and just tops the 2015 Toyota 4Runner. Add in the Xterra's 261 horsepower and 281 ftlbs of torque and you have a vehicle that can fit the entire family in comfort with room for gear, tow your camper and still take on the trails, a feat not many can make claim to. 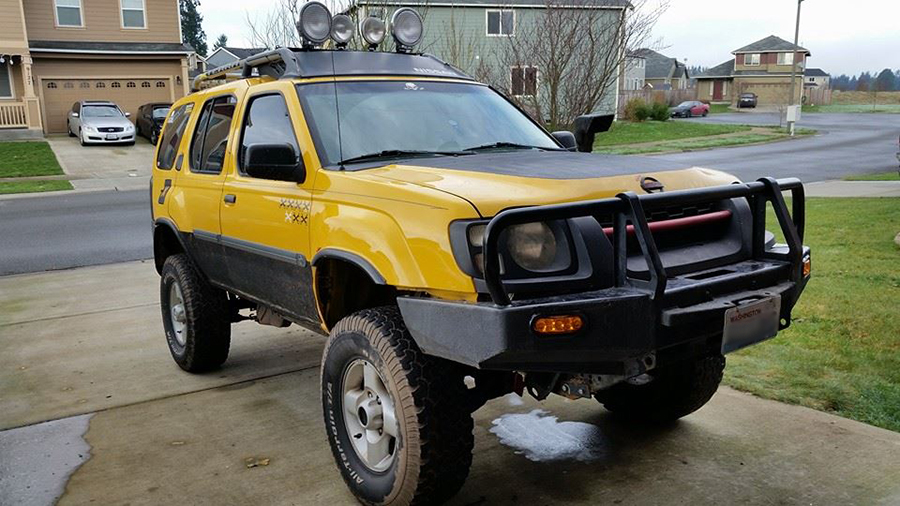 The built-in features coupled with the available aftermarket accessories make it the SUV to get you there, wherever there is. Notably, aftermarket parts for the Xterra are more difficult to come by than other popular 4x4's, but it's a small limitation to weigh against the benefits.

As Northwest Xterra Club Member Tyler Aldrich says, "The possibilities are endless with our Xterras, it just takes a little more work to find what you need!"

The Northwest Xterra Club began in late 2011 with a small group of like-minded outdoors enthusiasts. Since, it's grown to more than 450 members strong across five states in the Pacific Northwest and into B.C. Canada. The club members get together for pre-planned trail runs, camping trips and mod days but the club bond doesn't end there. Club members are always helping each other build their rigs or take on new trails. They're a diverse group of experienced and new off-roaders, men and women, young and old, come together over a shared interest in the outdoors. "I joined the club to enjoy some outdoor fun with others of like minds and I have made lasting friendships," says club member Eric McKee, "I've gained a plethora of knowledge and have the ability to join in on adventures every month … The level of comradery in this club is hard to replicate and we all have a 'leave no one behind' attitude. We're an Xterra club but we're not exclusive: we'll wheel with anyone."

That "leave no one behind" attitude is made clear in the club's stories. A member gets stuck on a run somewhere and posts it to the group's page and group members are immediately volunteering to go for a rescue. Another member bangs up his rig and posts pictures: the first response is an offer to loan their own truck to him for a few days if it's needed.

"When people like this have your back, you're simply proud to be a member," says Club Member Marla Pelowski. 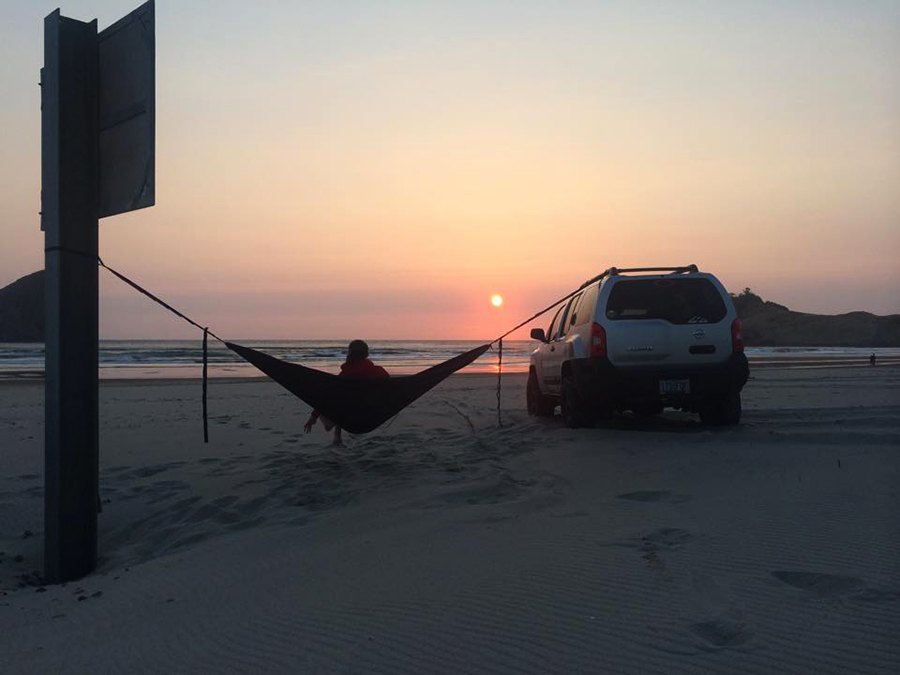 They're a tight-knit group of people who frequently wheel, camp and build together. Because the Xterras aren't known in the off-roading world and the parts a bit tricky to come by, the members are always working together to find, trade and install parts.

The Xterras are one of the only built-to-be-customized SUVs left on the market - especially for the latest model years. Compare them to other off-roaders (we're looking at you, 2015 Jeep Cherokee) and they may be one of the only new SUVs you can really modify for off-road performance. If you want an example of an Xterra that can rule the trail, look no farther than Jake Winston's build.

When Jake had surgeries on his neck and back, the club came together to help out, buying him a new rear differential cover as a 'get well soon' gift. The club also did some work on his Xterra when he was unable to because he was recovering from surgery, replacing his stock brake lines with a longer set to fit his newly-lifted rig and bleeding the lines for him.

With the club's help, Jake's vehicle has gone from a stock SUV to this:

*All images provided courtesy of the Northwest Xterra Club